The Irish language has a rich history, and although it’s not commonly spoken outside of Gaeltacht areas, it is still… 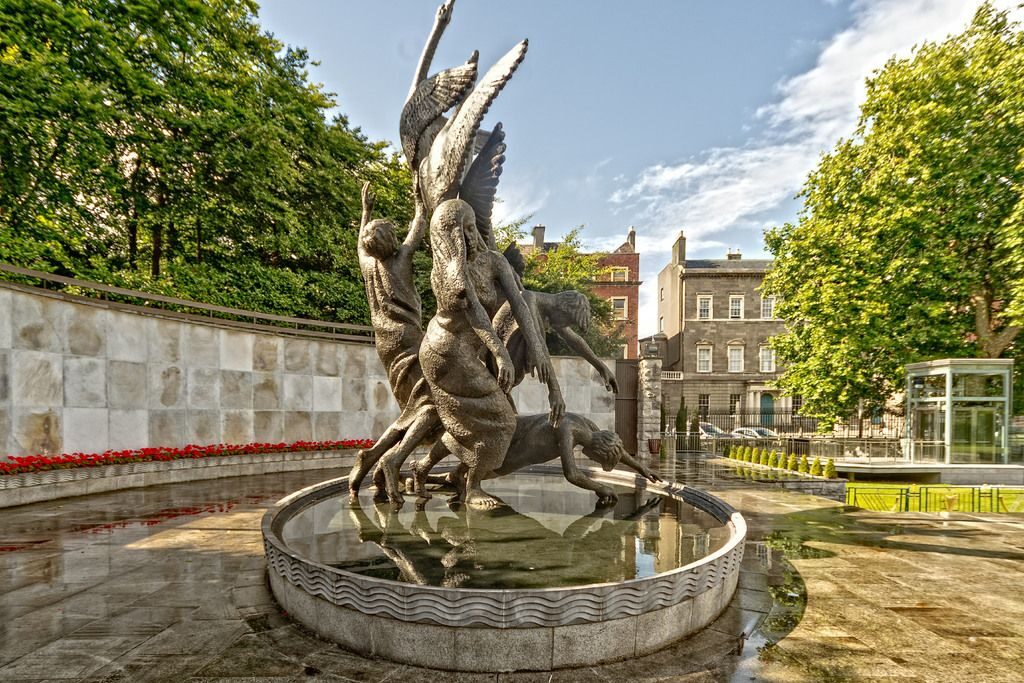 The Irish language has a rich history, and although it’s not commonly spoken outside of Gaeltacht areas, it is still frequently used in the country’s names. Some of these have spread around the world, but they all have an Irish-language origin. Here’s our list of the most beautiful names in the entirety of the Irish language.

Saoirse (pronounced seer-sha) is a feminine name which rose to popularity during the 1920s. Given its meaning, freedom, it may well have been in response to Irish independence, which had dominated the previous decade and the early 20s. Irish-American actress Saoirse Ronan has helped the world to recognise (and pronounce) the name.

A fairly common feminine name in Ireland, Caoimhe is pronounced kee-va and comes from the Irish caomh, meaning dear or noble. It originates from the same root as the masculine name Caoimhín (pronounced kee-veen).

Aoife (eefa) is another feminine name, derived from aoibh, meaning beauty. It’s from the same root word as Aoibheann (ay-veen or eve-een), which is also a popular name. There are several figures with the name in Irish mythology, including the daughter of Airdgeimm, the sister of Scáthach, and the wife of King Lir.

Fionnoula (literally fair-shoulder, an unusual meaning) is a feminine name that is, along with several of the names on this list, steeped in mythology. In the myth of the Children of Lir, Fionnoula was one of the eponymous children who was turned into a swan by her stepmother. Pronounced finn-oola, the shortened version, Nuala (noola), is also a common name, perhaps even more so than its antecedent.

This name is the first masculine one on the list, pronounced either dah-hee or daw-hee, and meaning agility or speed. During the 1960s, ‘Dáithí Lacha’ was a rough equivalent of Donald Duck. An odd children’s television show, it took the format of a comic strip that was shown a frame at a time and narrated as Gaeilge (in Irish).

This one has a mercifully simple pronunciation, pronounced exactly as you would expect. In Irish, it means friend, but the name also evolved separately in several languages. It is also a popular name in its Latin form, which means beloved. In Spanish, the word means expensive; in Vietnamese, diamond; and in Hausa, to complain.

This masculine name means ‘high valour’, an impressive description. Like Cara, Ardál is fairly easy to pronounce (ardal or awr-dahl). The acute accent that appears over a few of the letters in this list is known as a fada, and it lengthens the pronunciation of the vowel. You might recognise the name Ardal O’Hanlon, Ireland’s national treasure who starred in Father Ted as bumbling priest Father Dougal McGuire.

A common feminine name with many variants, including Ashling, Aislin, and Aislinn, as well as the anglicised versions of Ashyln and Ashlynn. This variance extends to the name’s pronunciation, as it can range from ash-leen to ash-linn to ash-ling. The name comes from the word for dream or vision and previously referred to a genre of Irish-language poetry that flourished in the 17th and 18th centuries.

Like Aisling, this one has several variants: Odran, Odrán, Odhran, or Oran, the phonetic spelling. A masculine name meaning dark-haired, there are several saints in Irish history with the name, including the first Irish Christian martyr, who was a companion of St Patrick.

This one doesn’t technically come from the Irish language, as it’s a gaelicisation of Patrick, after the patron saint of Ireland. Pronounced pawd-rig, another version of the name is rendered as Padraic (pawd-ric) or Paraic (paw-ric).

Deirdre (deer-dra or deer-dree) is one of the most well-known figures in Irish mythology, also known as Deirdre an Bhróin, or Deirdre of the Sorrows. It might be a gloomy name, but it’s made our list nonetheless.