Russian surnames can hide many secrets. Last names can reveal where your ancestors came from, or what they did for… 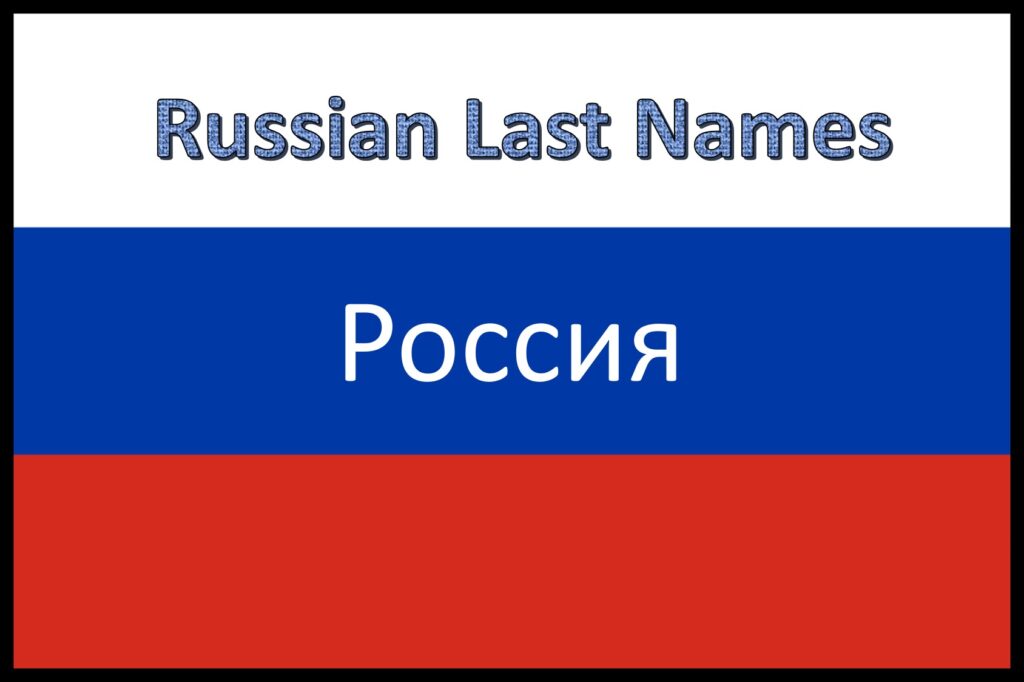 Russian surnames can hide many secrets. Last names can reveal where your ancestors came from, or what they did for a living. If your second name is Lebedev, Ivanov or Preobrazhensky, read on to find out your roots.

The Russian language is very inventive – you can play around with words in a myriad of ways, producing hundreds of variations from just one root word. It is no surprise that this is reflected in Russian surnames, many of which have origins and stories that perhaps even their holders do not know. Here are some of the most beautiful Russian last names and what they mean.

The Turgenevs were a noble family in Russia, and amongst them was the famous writer Ivan Turgenev. They traced their roots to a Mongolian man who was in Russia during the Mongol Yoke. Translated from Mongolian, the root of the name ‘turgen’ means fast, quick or even eccentric.

The surname Lebedev is taken from the animal world, in this case – the swan. It is an elegant and beautiful sounding name that unsurprisingly became more popular over time. Лебединский/Lebedinsky, Лебеженинов/Lebezheninov and Лебединцев/Lebedintsev are just some derivatives of the name. At a certain point, this surname eventually became more popular with members of the clergy as well.

For many centuries, Ivanov was the most common surname in Russia, especially among peasants and farmers. It was derived from the patronymic Ivanov, which means belonging to Ivan. It was not uncommon in peasant families to just use the first name of their father as a surname. Since Ivan was a popular male name, Ivanov became a popular surname.

Smirnov is a popular surname in Russia’s North. The meaning of the name implies being calm, obedient and quiet. It originates from an archaic male name, Смирной (‘Smirnoy’), which is not used anymore. The noun смирный (smirny) now has a different pronunciation, but the archaic form has been preserved in this surname.

Like Lebedev, Preobrazhensky is another surname that was popular among members of the clergy. It stemmed from the Christian feast day of the Transfiguration. Owing to its religious significance, many members of the clergy would let go of their lay name and adopt a church name when they came into service.

Yahont used to be an old name given to two precious stones – ruby and sapphire. There are many examples of names that were derived from precious stones or metals, but this one has also preserved an archaic word.

The first person to have this surname was the father of a Russian philosopher and revolutionary, Nikolay Chernyshevsky. While applying to study at a seminary, Nikolay’s dad was asked for a surname, but he didn’t have one at the time. So, he made one up based on the village where he was born – Chernyshevo.

This surname is one that is derived from a profession. Similar to Smith in English, Kuznetsov literally means ‘of a blacksmith’. Since even the smallest village or town would have a blacksmith, this surname became widespread around Russia. Since the word doesn’t vary too much between dialects, Kuznetsov became one of the most popular last names in Russia. Only in Ukraine and Belarus was the surname adapted to the local language.

This surname is based on a place in the Poltava region in Ukraine – Obolon’. Although this word isn’t used anymore in Russian, it used to mean a wet field. Nowadays, the Oblonsky surname is more widespread geographically, but the first holders of this name can be traced to this one part of Ukraine.

A гончар/gonchar in Russia was a potter who would make all the clay items for the village. Goncharov then became the name for the potter’s children and eventually spread around the country. The word travelled up to higher social ranks and became the surname of novelist Ivan Goncharov.