The poems of prolific poet and author Charles Bukowski drudge through the mundane aspects of everyday life – work, life, relationships. But… 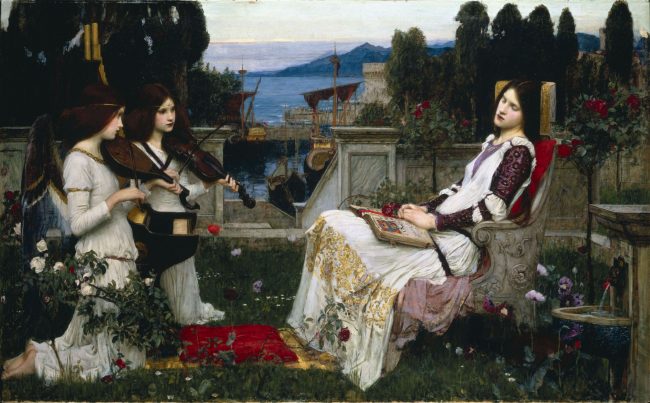 The poems of prolific poet and author Charles Bukowski drudge through the mundane aspects of everyday life – work, life, relationships. But there is a bittersweet candidness to his observations that pull at the universal human condition, and that’s what continues to arrest readers today. In 1986, Time Magazine called Bukowski the ‘laureate of American lowlife.’ That may be true, but he’s also the laureate of Los Angeles, the city whose underbelly inspired the ethos of so many of his works. Read on to get acquainted with Bukowski on his own terms in these eight poems.

‘The soldier, his wife and the bum’

A dark narrative poem that speaks to two sad but shared inevitabilities – war and loneliness – in a thin-walled tenement in San Francisco. As he attempts to listen to the classics, he finds himself in inadvertent competition with an angry neighbor, a symbol of the enduring conflict of men. In this poem, Bukowski portrays himself as a bum but also intellectual, a trope that recurs throughout his work.

war has its price and peace never lasts and

and as I listened to classical music I heard them making love, desperately

Mozart, through crescendo and climax,

and through the shared

wall of our darkness.

This poem offers a glimmer of hope in self-determination in spite of life’s inevitable hardships. Bukowski is well known for his cynicism, lamenting the bleak and meaningless linear march of life. This poem is a counterpoint to that darkness; here, he speaks directly to the reader and implores us to take charge of our own destinies, not to actualize some grand life experience, but to find consolation in the drudgery – or better yet, to transcend it.

your life is your life

don’t let it be clubbed into dank submission.

be on the watch.

there are ways out.

there is light somewhere.

it may not be much light but

it beats the darkness.

In this poem, Bukowski animates his vulnerability as a timid bluebird, one that he keeps behind his well-worn trappings of masculinity. He drowns the bird in whiskey and suppresses it with cigarette smoke, but it flits around inside of him nevertheless. The bluebird yearns to be seen candidly, but Bukowski is too inhibited to let it fly free. Bukowski’s self-conscious sensitivity is one of his most notable characteristics, softening the machismo so often found in his writing.

There’s a bluebird in my heart that

wants to get out

but I’m too tough for him,

stay down, do you want to mess

you want to screw up the

you want to blow my book sales in

‘Let It Enfold You’

The poet recounts letting happiness in and how it’s important to let some things slide. Bukowski hilariously describes a time when he was more curmudgeonly, writing about his disdain for damn near everything, from ‘babies’ to ‘history,’ from ‘algebra’ to ‘flowers.’ His examples, innocuous to most people, exacerbate his ridiculous pessimism. He’s taking the piss out of himself. His self-awareness makes way for signature self-deprecation; in offering the reader a bit of wisdom from a lesson learned, Bukowski is still tethered by his misanthropic, browbeaten disposition.

charlie chaplin was a

and flowers were for

This bleak, existential treatise on the meaninglessness of life is classic Bukowski and offers insight into his characteristic cynicism. In this poem, the inevitability of death makes humanity’s search for meaning all for naught. All the while, we excrete detritus, from the garbage we throw away to the garbage of our own bodies that fill madhouses, hospitals, and ultimately graves. The vulgarity here is balanced by a deep sadness, a sensitivity. The solitude Bukowski describes here as a human condition is clearly deeply felt by the poet himself, resulting in this literary lashing out.

‘How Is Your Heart?’

Bukowski talks of the certain and strange happiness brought on by the hard times. His self-reliance in this poem is consistent with his maladroit, tough guy persona. The poet recounts the rock-bottoms he regularly experienced with an irreverence and contentment. His dragging himself through the mud is, to some extent, voluntary, and in this poem, he self-congratulates as much as he pities himself. He revels in the freedom of down-and-outness and of having nothing at all to lose.

to awaken in a cheap room

in a strange city and

pull up the shade-

was the craziest kind of

Bukowski’s crass, misanthropic and drunken candor is well represented in this poem, which drips with dry humor and lasciviousness. The poem immediately begins with a parenthetical extension of the title: ‘we all are.’ The poet’s freewheeling perversity is borne from honesty. He’s cast off the chains of propriety and mores to experience the unadulterated if frowned upon realness of this life. In this poem, the pathologized sex addicts are merely the suckers seeking treatment for what Bukowski considers a human condition – one that he does not apologize for.

well, the rabbit’s problem is that he propositions every woman he sees.

he just walks up and asks them to go to bed with him.’

‘Some very greasy characters use a roundabout approach.’

‘Air And Light And Time And Space’

In this hard-nosed poem about creative motivation, Bukowski doesn’t coddle procrastinators and instead unforgivingly explains that there are no perfect conditions for creation. To fault an environment for inhibiting creativity is merely an excuse, he claims. If you’re going to make art, you’ll do it out of compulsion and passion, despite the fickle and ever-changing odds. This tough love is fitting for Bukowski, who proudly wrote in bars, brothels, and lousy tenements, from the underbelly of Los Angeles.

baby, air and light and time and space

have nothing to do with it

and don’t create anything

except maybe a longer life to find