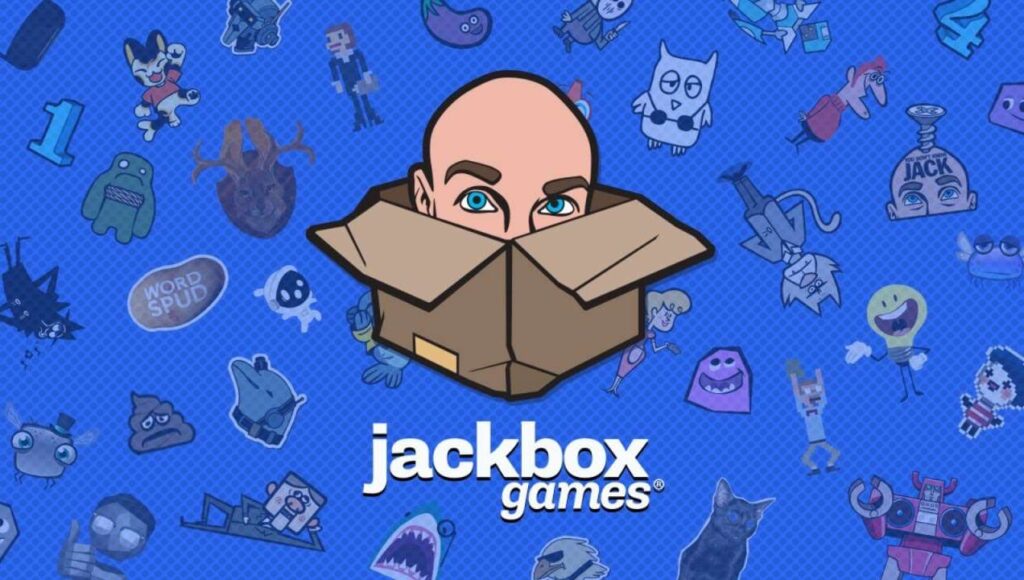 Playing games with your friends at a party is the easiest way to let everyone cut-loose and have a good time. Nowadays, almost everyone owns a smartphone, and that has led to an evolution in the way party games are played. Some of these games are app versions of actual physical games that already exist, while some of them are new additions.

Though some may consider being on one’s phone at a party as anti-social, these games like Jackbox are some of the hilarious games that you can play with friends. You will be delighted to find that there is a VR game included in the list as well, which really speaks volumes about where the gaming industry is headed. Without further ado, let’s get to the games.

Games like Jackbox have been at the helm of social parties. Ever since 2013, Jackbox Games is creating intuitive games, super fun to play, and accessible across platforms. These games really get the good times rolling as people begin to talk and socialize. Jackbox has been able to tweak their games and redefine the game genre.

A number of their games have been repackaged, allowing you to play them on a TV or a computer. They have released party packs, each containing five amazing party games. The best thing about games like Jackbox is that there are no controllers required. All you require is a smartphone, and a total of 8 people can connect to a game.

The three party-packs are offered for every single platform and gaming console. This includes Android TV, Steam, and Amazon Fire TV, as well. At a social gathering at your place, people can log in and play through their devices. The only thing they require is access to Jackbox.tv through a browser.

Each pack costs $24.99 regardless of the device you’re going to play on. However, if you have a PlayStation 4, you can try the original party pack without any cost and even get a 70% discount with PlayStation plus.

Besides, here are the Best Browser Games and the Best Fire Emblem Game, as well as everything about Destiny 2 Worldline Zero for your reference.

One of the best games like Jackbox includes this amazing title. Psych is an exciting game surrounding bluffing and general trivia. In Psych, every player has to come up with a fake answer to a question and then try to guess the right answer to it. Points are given for getting the right answer or if other people pick your answer.

All the players are required to download the game and have a decent internet or WiFi connection. There are many in-app purchases if you want to unlock decks or new categories. However, even without purchase, the game has enough variety to keep friends entertained for many an evening.

By the way, if you wonder how to fix Apex Legends crashing error with ease or looking for the best Games like Age of Empires, click to read more.

Flex your artistic muscles (or lack of it) with this game. Bring together your friends and family and see who amongst you can’t draw. The first person gets the word and draws a picture of it. After that, the phone is passed around, and one by one, everyone gets to copy for 15 seconds what they see. It is a drawing version of the old telephone game. As the phone gets to the last artist, they must guess what the original word was.

Once the round is over, the results page shows everyone’s drawings. Games like Jackbox are hilarious in this way since you get to see how every person interpreted the picture because the original word is hardly ever the same as the guessed word.

PS: here, you will figure out the best adult games for Android and the best games like Hearthstone, as well as the top Android Game Hacker App.

Next up, we have another sketching game. Teledoodle can be played on one device and supports up to eight participants. The sketchers get a maximum of one minute to develop their art. However, it is up to the guesser to figure out what was drawn. After that, the guess word is given to the next drawer, and the game continues similarly until everyone has had a go. Lastly, you get to check out the sketches and the guesses, which more often than not provide hilarious results, which is a hallmark of games like Jackbox.

Charades are the perfect party game for people of all ages, whether you agree with us or not. The app version revolutionizes the game by giving it an overhaul and introducing it to the 21st century. In this version, players hold the phone to their forehead and have other players act out the word to give you clues about it. There are more than 44 categories for you to choose from, which guarantees great fun for long periods.

Such games like Jackbox are great at social parties to be played amongst friends. It is similar to Heads Up, which we would have included here had it not become unstable after the latest update. However, if you find that it is working for you, it is another great game to check out.

This game is a household favorite in many parts of the world. Lately, it has found its way to various mobile platforms. The game can be played with four people and utilizes a pass-and-play feature. This train-based board game can also be played on LAN if everyone has the app on their phone. Setting up the game takes no time at all since the dealing and the handling of the pieces is done virtually. This makes games like Jackbox easy to start and play.

As a paid app, the game includes many in-app purchases that can be made, which unlocks many different boards. If you compare the price of the actual physical game, then this version is worth the money as it includes the combo, which constitutes all the expansions, thus having high replayability.

For people who own a Chromecast, the game can be played with two screens – the TV and the phone. Since it is an open-sourced game, you can create your own decks if you wish, or choose a deck from the database of all the decks ever to be created by other users. Ten people can play this game at a time and can choose to connect or disconnect at any point in the game freely. Such games like Jackbox are family-friendly, so there is no fear of people getting offended due to the content.

Another game that can be played on Chromecast is this fun quiz game that is compatible across all platforms. All users, regardless of whether they use Android or iOS, can download the app and quickly get it connected with Chromecast.

Six people in total can connect and play this game. The game is quite simple to play. Everyone has to focus on the screen for the questions and answer to the best of their knowledge. It’s a colorful app that is filled with interesting and unusual trivia.

Keep Talking, and Nobody Explodes

Games like Jackbox have changed the way social party games are played. Further enhancement in the genre is brought about by VR games that are slowly being developed. Although VR games can make the gaming experience a bit isolated, this game is not your typical VR game. As a game that recreates famous movie moments revolving around bomb defusal. The instructions for the defusal is provided over the walkie talkie to the player that acts as the main character.

One player gets to wear the VR and tries to defuse the bomb while the rest of the people give him instructions after consulting a bomb defusal manual. The game can become stressful at times, but that just adds to the fun of it.