Onam is a Hindu festival celebrated by the Malayali people of Kerala, India. Originally a harvest festival, it is the… 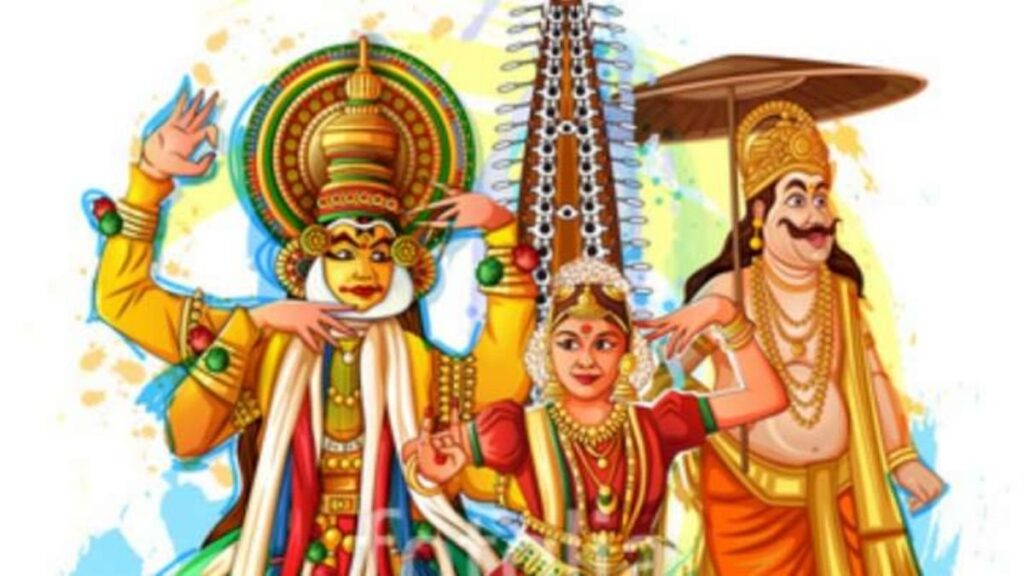 Onam is a Hindu festival celebrated by the Malayali people of Kerala, India.

Originally a harvest festival, it is the state festival of Kerala. The festival lasts 10 days with official state holidays on three or four days starting from Onam Eve (Uthradom) to the Third Onam Day.

The festival falls during the Malayalam month of Chingam (which usually falls in August or September) and marks the annual homecoming of the mythical King Mahabali who the Malayalees consider as their King.

The legend is that King Mahabali, also known as Bali was an Asura ruler during Hindu antiquity who was so powerful and adored by his subjects, that the followers of Hindu god Vishnu feared that Bali was getting more popular than their deity.

Vishnu disguised himself as a dwarf called Vamana. Vamana tricked Bali by asking for a piece of land he could cover in only three strides. When Bali agreed to this modest request by a dwarf, Vamana turned into a giant and his first step covered the earth and the second took him to heaven. With nowhere else to go, Bali offered his head as the third step. Vamana stepped on Bali pushing him down into to the underworld. Bali asked if he could be allowed to return once a year on Thiruvonam (the second day of Onam) to visit his people to make sure they were well, and Vamana agreed.

To welcome Bali home for his annual visit, the people of Kerala clean their homes, and make elaborate floral displays called Pookkalam on the ground as a carpet to welcome Bali. They perform Kathakali, one of the major forms of classical Indian dance.

Other events include boxing competitions, featuring Thallu, a martial art native to Kerala and snake-boat races which are held at Champakulam, Aranmula, and Kottayam. The boats have a high narrow stern that resembles the neck of a snake and some are up to 130 feet long and need over 100 rowers.