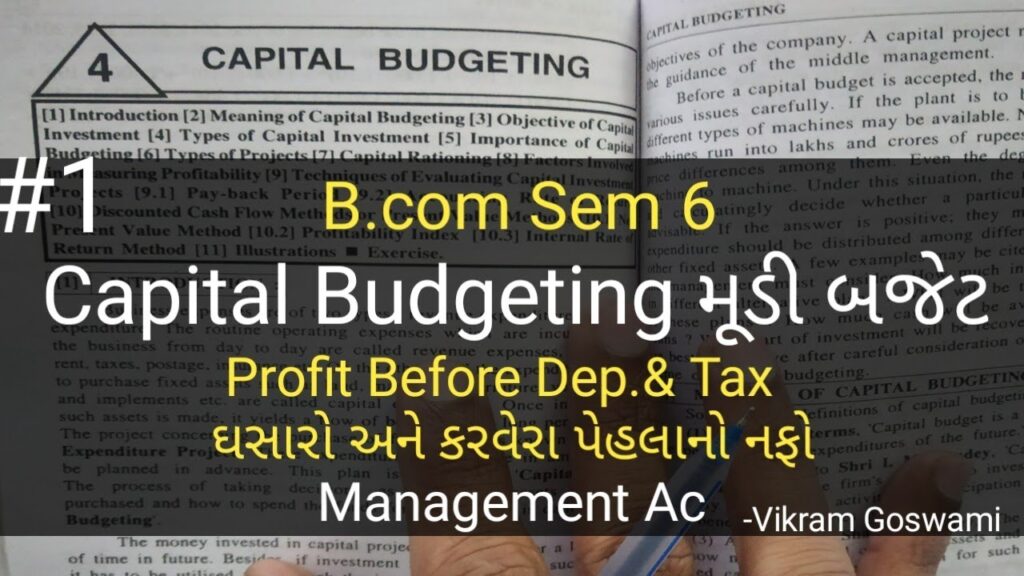 In our last article, we talked about the Basics of Capital Budgeting, which covered the meaning, features and Capital Budgeting Decisions. In this article let us talk about the important techniques adopted for capital budgeting along with its importance and example.

Become an expert in Capital Budgeting?

As the name suggests, this method refers to the period in which the proposal will generate cash to recover the initial investment made. It purely emphasizes on the cash inflows, economic life of the project and the investment made in the project, with no consideration to time value of money. Through this method selection of a proposal is based on the earning capacity of the project. With simple calculations, selection or rejection of the project can be done, with results that will help gauge the risks involved. However, as the method is based on thumb rule, it does not consider the importance of time value of money and so the relevant dimensions of profitability.

Payback period of project B is shorter than A, but project A provides higher returns. Hence, project A is superior to B.

This method helps to overcome the disadvantages of the payback period method. The rate of return is expressed as a percentage of the earnings of the investment in a particular project. It works on the criteria that any project having ARR higher than the minimum rate established by the management will be considered and those below the predetermined rate are rejected.

This method takes into account the entire economic life of a project providing a better means of comparison. It also ensures compensation of expected profitability of projects through the concept of net earnings. However, this method also ignores time value of money and doesn’t consider the length of life of the projects. Also it is not consistent with the firm’s objective of maximizing the market value of shares.

This is one of the widely used methods for evaluating capital investment proposals. In this technique the cash inflow that is expected at different periods of time is discounted at a particular rate. The present values of the cash inflow are compared to the original investment. If the difference between them is positive (+) then it is accepted or otherwise rejected. This method considers the time value of money and is consistent with the objective of maximizing profits for the owners. However, understanding the concept of cost of capital is not an easy task.

The equation for the net present value, assuming that all cash outflows are made in the initial year (tg), will be:

Where A1, A2…. represent cash inflows, K is the firm’s cost of capital, C is the cost of the investment proposal and n is the expected life of the proposal. It should be noted that the cost of capital, K, is assumed to be known, otherwise the net present, value cannot be known.
NPV = PVB – PVC

This is defined as the rate at which the net present value of the investment is zero. The discounted cash inflow is equal to the discounted cash outflow. This method also considers time value of money. It tries to arrive to a rate of interest at which funds invested in the project could be repaid out of the cash inflows. However, computation of IRR is a tedious task.

It is called internal rate because it depends solely on the outlay and proceeds associated with the project and not any rate determined outside the investment.

It can be determined by solving the following equation:

If IRR > WACC then the project is profitable.

It is the ratio of the present value of future cash benefits, at the required rate of return to the initial cash outflow of the investment. It may be gross or net, net being simply gross minus one. The formula to calculate profitability index (PI) or benefit cost (BC) ratio is as follows.

2) Huge investments and irreversible ones: As the investments are huge but the funds are limited, proper planning through capital expenditure is a pre-requisite. Also, the capital investment decisions are irreversible in nature, i.e. once a permanent asset is purchased its disposal shall incur losses.

3) Long run in the business: Capital budgeting reduces the costs as well as brings changes in the profitability of the company. It helps avoid over or under investments. Proper planning and analysis of the projects helps in the long run.