Life is turbulent, and changing moods can often be a natural response to stressful situations. But for some, mood shifts… 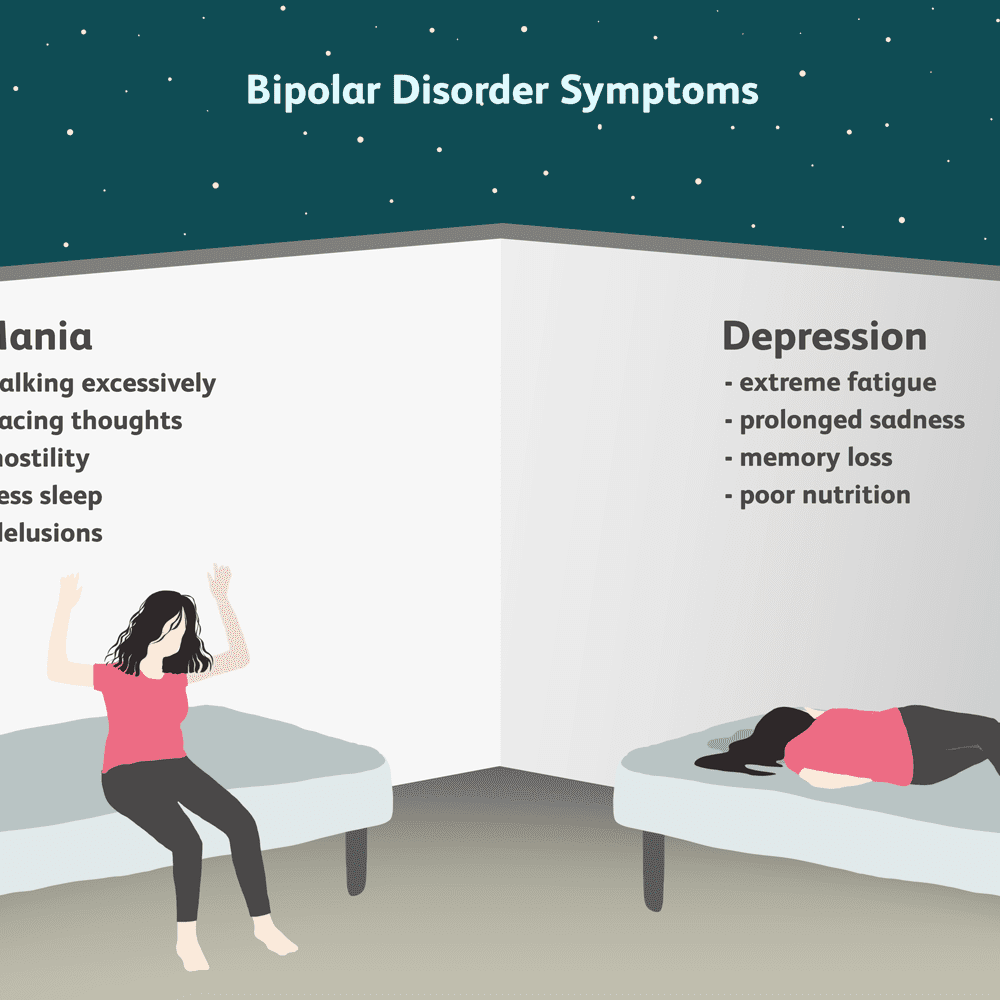 Life is turbulent, and changing moods can often be a natural response to stressful situations.

But for some, mood shifts are so extreme that they could be a sign of more serious conditions such as borderline personality disorder and bipolar disorder, both of which are characterized in part by major mood swings, according to Frank Yeomans, M.D., Ph.D., director of training at the NewYork-Presbyterian Borderline Personality Disorder Resource Center, an internationally recognized center for the study of personality disorders, and a clinical associate professor of psychiatry at Weill Cornell Medicine Department of Psychiatry.

“This partial similarity in mood shifts, going from an extremely high mood to a very low mood, causes many people, including some clinicians, to confuse the two disorders,” says Dr. Yeomans, who is also an adjunct associate professor of psychiatry at the Columbia University Vagelos College of Physicians and Surgeons Center for Psychoanalytic Training and Research. “Yet they are two distinct and serious diagnoses with different symptoms that require different methods of treatment.”

How do you know if you or someone you love suffers from one of these disorders? And how can you tell the difference? Health Matters spoke with Dr. Yeomans to define these disorders and explain the telltale signs and how to treat them.

What does borderline personality disorder look like?
Dr. Yeomans: Those with the disorder have extremely intense emotions that can shift rapidly from a negative, depressed state to an elated one, but with a predominance of negative feeling states. In this psychiatric illness, the extreme and intense mood swings often are precipitated by reactions to events (“trigger events”) that are disproportionate to the event and that someone else might take in stride. The illness is also characterized by rejection-sensitivity, chaotic relationships, and an overall difficulty in managing emotions.

For example, if a boyfriend or girlfriend does not return your call, instead of being annoyed and moving on, the combination of dejection and anger in a person with borderline personality disorder could possibly lead the person to cut their own wrists. It’s a way of putting feelings, like rejection and anger, that you can’t tolerate, into action in order to discharge the emotion. The behavioral manifestations are often self-destructive; in addition to self-cutting, substance abuse, or sexual promiscuity are common – dramatic ways of behaving that stem from not being able to manage emotions.

In discussing disorders that involve changes in mood, it is important to make clear that not all depressed states indicate a psychiatric condition. If your spouse walks out on you or you lose a parent, it’s normal to feel depressed. In such cases, the depression may be an ongoing, terribly low, dejected mood but is appropriate to the circumstances. The borderline person demonstrates more reactivity to relatively minor events and demonstrates contradictory emotions that erupt over a short time.

Where does the behavior stem from?
It comes from a combination of an emotionally charged temperament and the lack of a solid sense of self. Without a clear and coherent identity, the individual depends on what’s happening around them to determine what they feel and what they do.

What is the cause of this disorder?
There is no single cause of borderline personality disorder, though studies suggest that certain traits, especially a temperament characterized by intense emotional reactions, stem to a large degree from genetics.

Developmental factors, including problems with emotional attunement between a developing child and caregivers, seem to play a role, as do physical or sexual abuse, or emotional neglect. However, it’s important to note that in cases with a history of trauma, the disorder seems to stem from a combination of temperament and trauma rather than trauma alone, since many people who have experienced trauma early in life do not go on to develop serious psychiatric illnesses.

How is borderline personality disorder treated?
There is no medication that successfully treats the condition, although they may help reduce some specific symptoms, such as intense anxiety. Evidence-based models of psychotherapy are the treatment of choice. Dialectical behavioral therapy operates from the assumption that those with borderline personality disorder lack skills necessary to tolerate intense emotions or thoughts.

Transference-focused psychotherapy emphasizes the observation and interpretation of patient behavior in the relationship with the therapist to help identify unrecognized internal states and integrate them into a more coherent sense of self.

Mentalization-based therapy similarly helps individuals recognize their mental states and be aware of them in their relations with others.

Good psychiatric management is based on a case management model that combines a focus on the environment of the patient, psychoeducation, supportive therapy, and possibly family therapy.

What is bipolar disorder?
Like borderline personality disorder, sufferers experience extreme shifts in mood but between depressed states and episodes of mania, the bipolar patient may experience periods of stable mood.

For example, someone with bipolar disorder in a depressed state could be totally dejected, hopeless, and morbid, with no will to live. If they are in a manic state, they might be up all night writing page after page of a novel or playing music, with a sense that they have passed into a special state of genius. They might speak at a rapidly accelerated pace, with actions that are out of sync with appropriate social behavior — like disrobing and dancing in a park without awareness that it’s inappropriate. A full-blown manic episode shows a period of energy that could go on for days without any relief and would exhaust anybody else. In between the depressed and manic states, they may have periods of stable mood. Additionally, some bipolar patients experience repeated manic states without full-blown manic states; this is referred to as bipolar 2.

What is the cause of bipolar disorder?
Bipolar disorder is rooted in brain structure and functioning, genetics, and family history.

How is bipolar disorder treated?
Bipolar disorder can be treated with medication, most often with lithium, which helps stabilize mood. More recently, other mood stabilizers have been developed that doctors might prescribe largely on a trial-and-error basis, depending on side effects for individual patients. Psychotherapy is usually helpful as well to aid the person in managing complications in his life that stem from the episodes of illness.

What are the key differences between the disorders?
When a person with bipolar disorder is not in a manic or depressive episode, they demonstrate stability that the borderline personality does not show. If a bipolar person is between episodes, they can function pretty well in the world. They can have in-depth relationships that might be disturbed by their periods of illness, but when they are not experiencing episodes, they have a stability that you do not see in the borderline person.

Bipolar disorder is more rooted in the biology of the nervous system and more responsive to medication. Borderline strongly involves the psychological level of the mind – the way meaning is generated – in addition to the biology of the brain and nervous system. A more biological condition like bipolar lacks these deeply rooted psychological aspects, or ways of seeing the world and perceiving the self and others.

Mood swings of bipolar disorder are more random and less related to events than those of borderline. Those with bipolar might have a hair-trigger kind of response during an episode, whereas the borderline person has a hair-trigger response all of the time.

What is important for people to know?
Each is a serious illness, and those suffering need to seek out the proper treatment. Both illnesses can be successfully treated. Too often, individuals with borderline personality disorder are treated for depression or bipolar, when it is a more complex problem. It is essential for patients with borderline personality disorder to see a specialist. A lot of general therapists do not do a good job with this patient population: It’s like sending somebody who needs cardiac surgery to a general surgeon.

We recognize that finding the right specialist for this disorder is a problem people all across the country and the world have. To address this, we established a unique and valuable resource, the NewYork-Presbyterian Borderline Personality Disorder Resource Center. The Resource Center is a website and call center devoted to education about the disorder and to referring people to the proper specialists. We’ve had calls from literally all over the world and have connected people with help all the way from Australia to Russia and every place in between. In addition to the website, the center has an office at the NewYork-Presbyterian Westchester Division campus staffed by a senior social worker.