New Jersey is a small, suburbanized state located between New York and Philadelphia. Nicknamed “the Garden State,” New Jersey is both highly-industrialized and full… 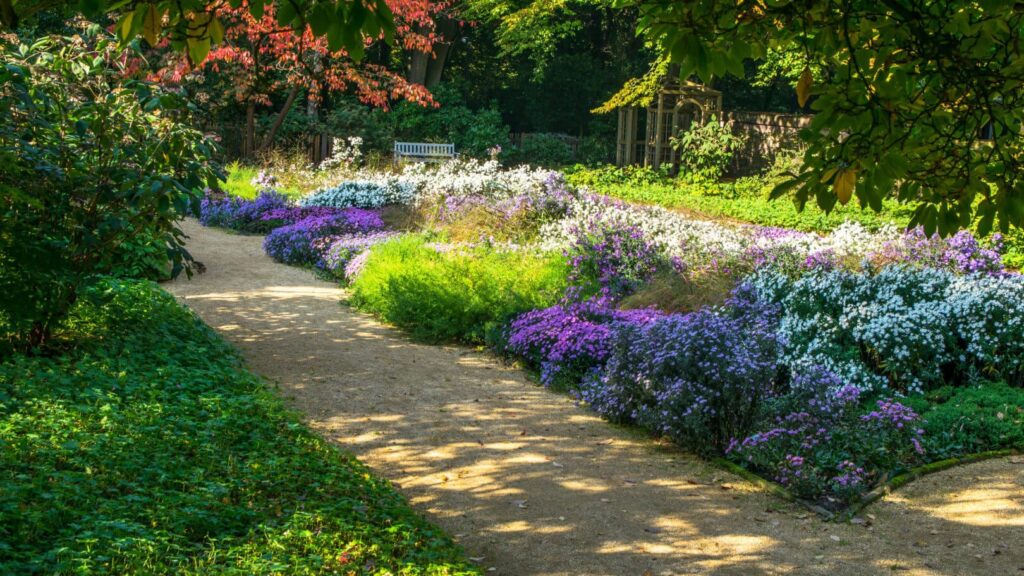 New Jersey is a small, suburbanized state located between New York and Philadelphia. Nicknamed “the Garden State,” New Jersey is both highly-industrialized and full of gardens to visit in its historic state parks, which preserve important landmarks in United States history. Take the time to both enjoy the bucolic scenery and learn about the history behind these distinctive parks.
© Ludovic Bertron/Flickr

Liberty State Park on New York Harbor is found right outside Jersey City, New Jersey, not far from Newark Liberty Airport. It is the best park to view downtown Manhattan’s skyline, as well as Ellis and Liberty Island, which are both on the boundary between New Jersey and New York. Before opening for the bicentennial celebration of the 4th of July in 1976, Liberty State Park was the site of New Jersey’s Central Railroad Terminal, originally built to transport the masses of immigrant passengers arriving at Ellis Island. Today, the park is noteworthy for two monuments: Liberation, commemorating the US Armed Forces during World War II, and Empty Sky, which commemorates those who died on 9/11. The park also includes Liberty Science Center, a popular place for picnics.

Fort Lee Historic Park is located on the Hudson River across from New York City’s uptown Manhattan. Both sides are connected by the busiest bridge in the world, named after George Washington. The Park was also the site of the Battle of Fort Lee, which took place during the American Revolutionary War between July 1776 and March 1777. This battle resulted in a disastrous defeat for the Americans, allowing the British to capture and control New York City as their main military base throughout the war. After the war, the battle site was named after General Lee, who fought alongside Washington. Today, visitors can see the Fort Lee Museum, as well as the original Fort Constitution and Fort Washington, located across the river in New York City.

Monmouth Battlefield State Park borders Manalapan Township and Freehold Township in NJ’s Monmouth County – one of the wealthiest in the state. This park preserves the site where the Battle of Monmouth was waged during the American Revolutionary War. The battle itself was the largest and longest day of the entire war, and resulted in a draw. Nevertheless, it was a great moral victory for General George Washington who commanded the Americans against the British. Today, the site is known to locals and visitors for its annual reenactment. The State Park also includes a historical museum, visitors’ center and a colonial rural landscape of orchards, fields, woods and wetlands encompassing miles of trails for hiking and horseback riding. Picnic areas and a restored Revolutionary War farmhouse entitled the Craig House are also situated in the park. Additionally, there are shops which sell homemade apple cider and other souvenirs, all not too far from one of the biggest and busiest shopping malls in the area: the Freehold Raceway Mall.

Princeton Battlefield State Park is in an area that also includes the Princeton Battle Monument and Nassau Hall, which is today part of the famous Princeton University. The park itself includes an old tree called the Mercer Oak, and a restored Revolutionary War farmhouse, the Clarke House. The park also preserves the historical site where the Battle of Princeton was waged in January 1777. This battle is considered to be one of the fiercest fights of the Revolutionary War, during which the Americans surprised and defeated the British, resulting in General George Washington’s first military victory. At the end of the battle, Nassau Hall was recaptured by the Americans and after the war, this was where the newly-formed government would convene throughout 1783. Outside the grounds of Princeton University is the Princeton Battle Monument and across is the Mansion of New Jersey’s Governor.

Trenton is the state capital of New Jersey and was once the national capital of America after the Revolutionary War. The Battle Monument in the city’s center commemorates the pivotal victory at the Battle of Trenton on December 26, 1776, when the Americans surprised and defeated British-sponsored mercenaries. On Christmas the day before, General George Washington had crossed over the Delaware River from Philadelphia into Johnson’s Ferry, New Jersey – today the site of Washington’s Crossing State Park. The state park commemorates these two connected events, which are behind New Jersey’s claim as “the crossroads of the revolution.” The park was originally preserved for its historical significance, though today it is also well known for its trails and wildlife habitat. The park is a popular place to visit when traveling from Trenton to Philadelphia, the birthplace of the United States.