Add to Plan Some days, time away from the crowded streets of the city is just the ticket. There’s more… 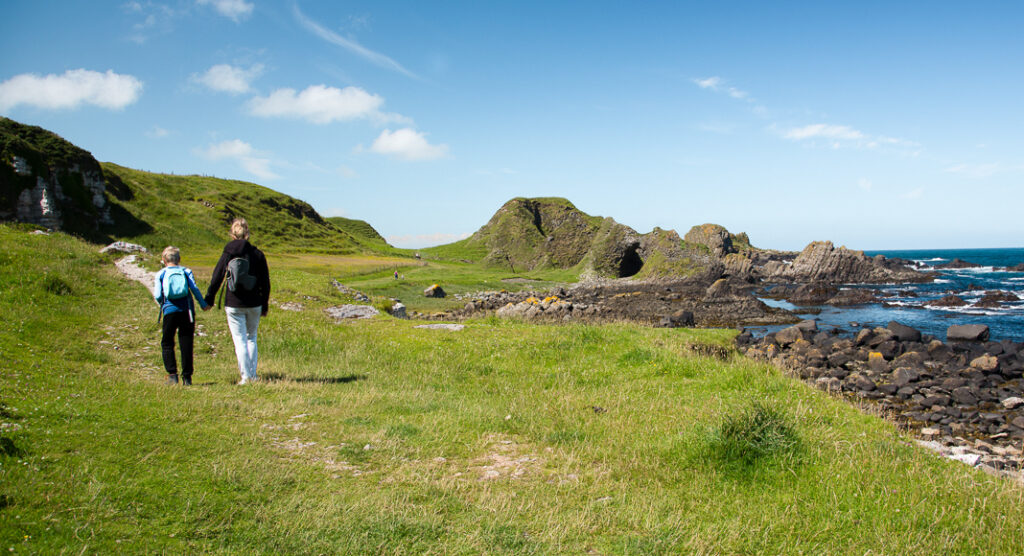 Some days, time away from the crowded streets of the city is just the ticket. There’s more to Dublin than its pubs, and those with a thirst for adventure will find plenty to explore beyond the outskirts of the city. Just a train journey or car drive away are eccentric ancient cities, weather-beaten cliffs and miles of pristine rolling landscape that you’d be mad to miss.

Limerick is one of Ireland’s oldest cities, punctured with rows of Georgian townhouses and home to the medieval-era St Mary’s Cathedral. The city is bursting with a cultural vitality that’s evident in its art museums, kooky organic markets and passionate rugby fans. While days can be lost kayaking on the Shannon River, its historic bones hold the heart of the city in their crumbling, ivy-twisted ruins.

Experience the charm of Limerick through the eyes of a local. Led by guides who were born and raised in the city, you will be introduced to architectural gems and plunged into the dark depths of its past to discover a city rich in history and character. Put yourself in the shoes of soldiers battling bloodthirsty wars as you explore the unforgiving stonework of King John’s castle, and sharpen your photography skills with a quintessential shot of Limerick from the Treaty Stone. A dip into the word of art is also on the menu, with a trip to the city gallery before a classic pub lunch in a traditional boozer.

Moher’s name comes from the Gaelic, meaning “ruined fort” – a reference to its Iron Age past when it was home to a defensive fort. The structure was destroyed during the Napoleonic wars to provide materials for a lookout tower whose weathered ruins still stand on the southerly point of Hag’s Head. Now famed for its dramatic cliffs, Moher has been the site for numerous films like Harry Potter and the Half Blood Prince (2009) and cult classic The Princess Bride (1987).

If your breath isn’t stolen by the whirling coastal winds, the sheer magnitude of the Cliffs of Moher will likely do the trick. This cruise glides over the swirling waters of Ireland’s Wild Atlantic Way and sails under the craggy outcrops of the monstrous 700-foot-high (210-metre-high) sea cliffs. As you crane your neck to spot O’Brien’s tower sitting on the grass-topped summit, you may see the nests of Puffins tucked away in the sheltered nooks of the cliff face or catch the blur of a swooping Guillemot. A live on-board commentary ensures you are in-the-know, and if you are lucky, a dolphin or two may make an appearance along the way.

Wicklow is a county town founded by the Vikings and as a result is rife with the artifacts and architectural remains of its seafaring warrior roots. Sitting south of Dublin on the east coast, the town is hugged by undulating foothills that rise into rugged mountains and the crescent shaped bays of honey-coloured beaches. Amidst the surrounding countryside is also the cascading torrent of Ireland’s highest waterfall, set near the Powerscourt estate and its sprawling manicured gardens.

EXPERIENCES CURATED FOR YOU

We only feature 4 star and above experiences.

From parks, museums to expert classes, there is something for you.

Geared towards adventurers with a decent level of fitness, this tour ventures over eight kilometres (five miles) of epic mountain trails, a heart-seizing way to view the county’s untamed wilderness. Sitting on mountain-friendly fatbikes – whose chunky tires are a godsend when traversing rocky terrain – you will follow a friendly guide past Guinness Lake. One of Ireland’s most photographed spots, its deep ebony waters are fringed by frothy white sands that have been purposefully imported by the Guinness Family to resemble their iconic beverage. Also on the agenda is the picturesque Sally Gap – its flourishes of purple plant life may be a familiar sight for fans of P.S. I Love You (2007).

Kilkenny earned the centuries-old name of “The Marble City” for its distinctive black marble – once exported to the British Empire and used to construct the bones of many of the city’s buildings. Glimpse into the city’s medieval heritage at Kilkenny Castle, explore the remnants of defensive walls such as Talbot Tower, or delve into its religious roots with a trip to its 13th-century cathedral. Kilkenny also put its stamp on the map as the site of Ireland’s first witch trial.

Witness the sights of the city as the seafaring invaders and settlers did on this river boat tour. Gliding along the River Nore you’ll pass an intriguing fusion of natural delights and man-made history. Spot the turquoise haze of a diving kingfisher and listen to your insightful guide’s tales about the Kilkenny Castle while admiring picture-perfect views of its stoic stonework and enchanting gardens. The trip ends at the 100-foot tower and stained glass windows of St. Canice’s Cathedral – Kilkenny’s oldest surviving structure.

A vast landlocked county in the heart of Ireland, Tipperary is named after the titular town that was once the site of a World War I military barracks and hospital. Its name is recognisable as the subject of ‘It’s a Long Way to Tipperary’, the song that became entrenched in history when it was sung by a marching Irish regiment during the war. Outside the medieval walls are miles of pristine emerald landscapes, set with looming mountains and cavernous valleys.

Experience the wild beauty of the unspoilt Emerald Isle from horseback and learn a thing or two about its Celtic history along the way. Known for its horse-breeding roots – made possible by its rolling pasturelands – Tipperary is the perfect place to combine horse-riding and exploration. Perched atop the saddle, feet firmly in the stirrups, you’ll be taken along quiet roads and deep into the countryside. Over the course of one hour, a knowledgeable guide will enlighten you on local Irish legends, while taking you past the ancient ruins and Celtic hill forts that are embedded in grassy knolls.