Passacaglia, (Italian, from Spanish passacalle, or pasacalle: “street song”), musical form of continuous variation in 3/4 time; and a courtly dance. The dance, as it first appeared in… 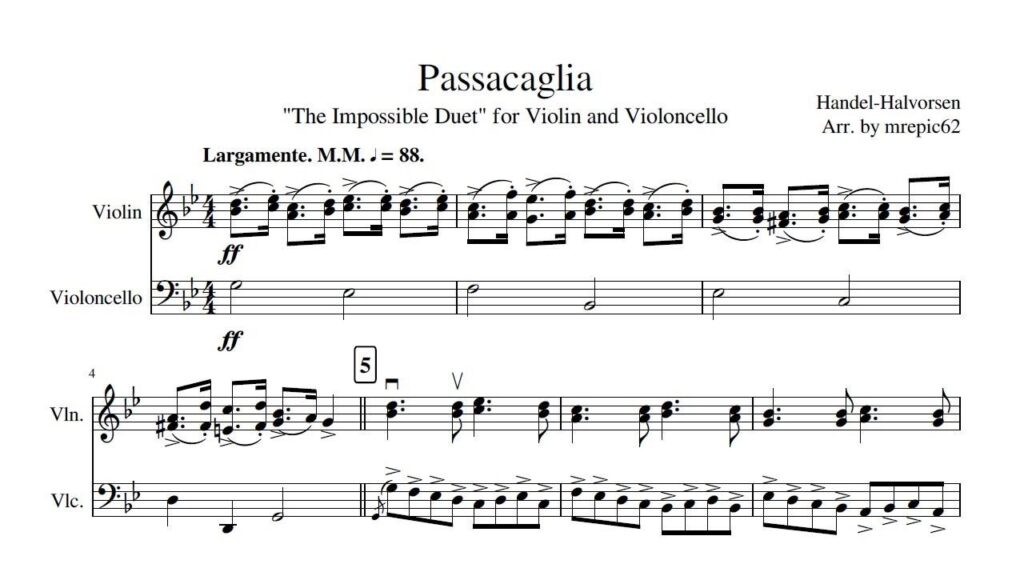 Passacaglia, (Italian, from Spanish passacalle, or pasacalle: “street song”), musical form of continuous variation in 3/4 time; and a courtly dance. The dance, as it first appeared in 17th-century Spain, was of unsavoury reputation and possibly quite fiery. In the French theatre of the 17th and 18th centuries it was a dance of imposing majesty. Little is known of the actual dance movements and steps. Musically the passacaglia is nearly indistinguishable from the contemporary chaconne; contemporary writers called the passacaglia a graver dance, however, and noted that it was identified more frequently with male dancers.

Both the passacaglia and the chaconne gave rise to musical forms. Baroque composers used the two names indiscriminately, writing rondeaux (pieces with recurring refrains) as well as variation forms under both titles (see chaconne). Musicians have had difficulty defining the two forms. One opinion is that the chaconne is a series of variations over a short repeated theme (ostinato) in the bass—a basso ostinato, or ground bass—whereas in the passacaglia the ostinato may appear in any voice. Another view is that the passacaglia uses an ostinato normally in the bass but possibly in any voice; but the chaconne consists of variations over a harmonic ground, like a jazz riff, a series of chords that underlies the variations. Such a series may imply a constant bass line (of the chords), but merely as a component of the harmony.

Examples of passacaglias include Bach’s famous Passacaglia and Fugue in C Minor, for organ (BWV 582); Aaron Copland’s Passacaglia for Piano (1921–22); the fourth movement of Dmitry Shostakovich’s Symphony No. 8, Opus 65 (1943); and the music of Act I, scene 4, of Alban Berg’s opera Wozzeck (1922). The dance’s original name survives in the pasacalle, a lively folk dance for couples popular in western South America.