Mumbai Metro, which serves the city of Mumbai, is a mass rapid transit system. It is being built in three… 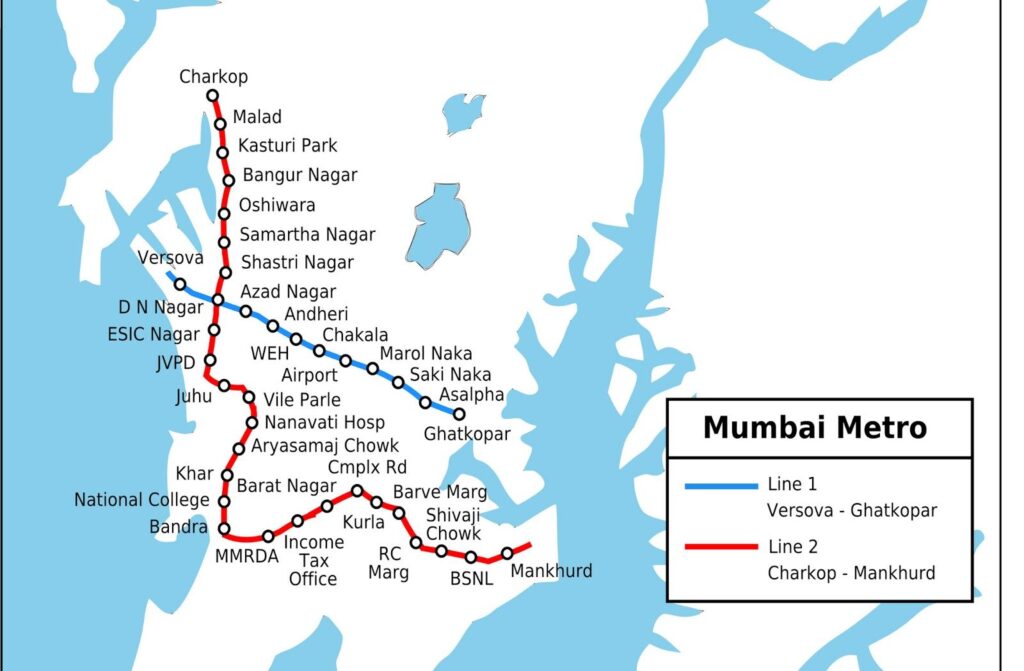 Mumbai Metro, which serves the city of Mumbai, is a mass rapid transit system. It is being built in three phases to decongest the Mumbai suburban railway. Ultimately, the metro network is envisioned to have at least 7 lines across about 235 km route length. The system is mostly being built underground or on elevated viaducts, with a tiny portion at grade. The trains, which run at a top speed of 80 km/h, carry just over 4,05,000 people every day. Standard-gauge (1435 mm) tracks and 25 kV alternative current via overhead catenary are used on the system.

Line 1, also known as the Versova–Andheri–Ghatkopar Line, is the only currently operational line of Mumbai Metro. It runs in an east–west direction through central Mumbai for 10.8 km via 12 stations. The line uses 1435 mm (Standard gauge) tracks and overhead catenary carrying alternating current at 25 kilovolts. Though the line has a maximum permissible speed of 80 km/h, the four-coach trains on it run at 65 km/h. The headway between the trains varies from three minutes during peak hours to five minutes other times of the day.