The Domain Name System (DNS) server is where all of the domain names for the sites you’ve visited are stored…. 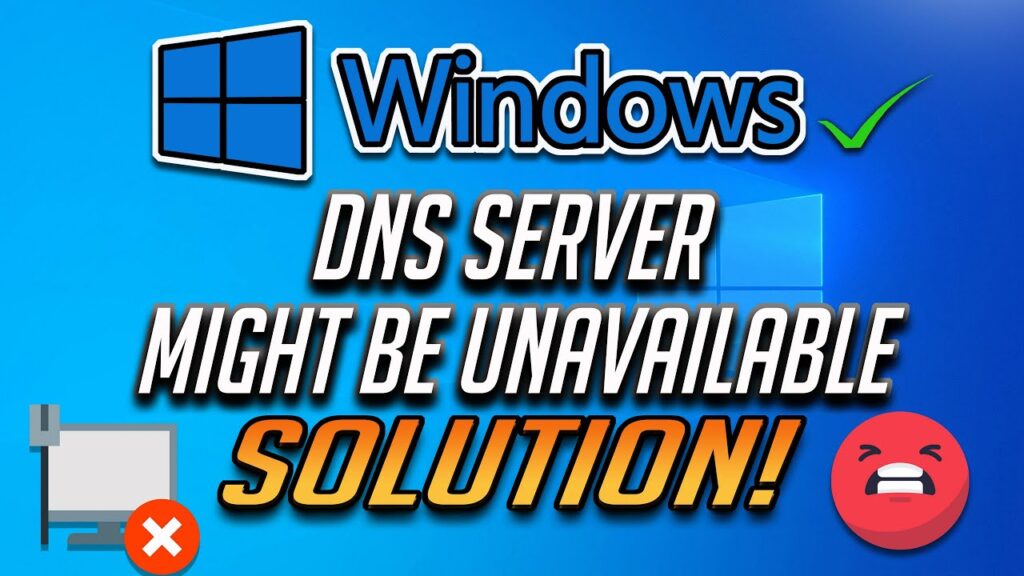 The Domain Name System (DNS) server is where all of the domain names for the sites you’ve visited are stored. When searching a domain name in a web browser, it is forwarded by your router to a DNS server. If the particular site’s domain name has been saved, it then returns the corresponding IP address. This makes the loading process for those sites particularly faster.

As great as this process is, it’s not uncommon for the DNS server to fail to establish a connection from time to time. Attempting to troubleshoot your web browser in this instance can often result in a ‘DNS server not responding’ error.

Many factors could cause this particular error to show up on your screen. The most prominent of which is the possibility that the server itself is currently experiencing an outage. Luckily, this problem is often accompanied by a few easy solutions.

How To Fix The “DNS Server Unavailable” Error

Have you’ve received an error that the DNS server is unavailable? For a quick fix, these problems can sometimes be corrected by something as simple as changing browsers, messing with a few of your firewall settings, or rebooting your router. It’ll be up to you to figure out the cause and subsequent correction for the problem.

Start by using a different browser for the web pages you’re trying to open. This means that if you’re currently receiving the error while using the Mozilla Firefox browser, switch it up to Microsoft Edge or Google Chrome. Should the problem persist, we can move on to testing out other devices.

Attempt to open a webpage using a mobile device, on the same network, to ensure that the problem isn’t the result of hardware failures. It would also be beneficial to attempt to connect to the same webpages using your data plan to identify if the cause is, in fact, with the DNS server.

Once you’ve exhausted these steps, reboot your router. If the “DNS server unavailable” error is still present, we’ll have to undergo a few more effective methods.

The most effective method for fixing the issue with the DNS server being unavailable is to flush it using Command Prompt.

You can also flush the DNS on a Mac. The way in which you do this will vary slightly depending on the version of Mac your computer is running. It often only involves a change in the syntax used during the process.

The MacOS X cache clearing will need a few added steps in order to fully flush it out. You’ll have to flush both MDNS and UDNS caches on top of the steps previously taken.

Before exiting from the Terminal, perform the following commands:

“You can never have too much protection.” This may be somewhat true in the real world, but in the world of  technology, having multiple antivirus programs installed on the same computer can actually hinder the protection provided.

Check to see if you have two or more antivirus programs currently running as this may be the reason for the DNS issue. Once you disable all additional programs, reboot your system and the problem should resolve itself.

Ensure that moving forward you only keep a single software program running to help defend yourself from unwanted malware attacks. This not only increases security but can help you avoid running into more DNS server errors.

If you’ve already attempted all fixes written here and are still receiving the same “DNS server unavailable” error, it may be in your best interest to change your DNS servers. There are plenty of public DNS from which to choose, Google’s free DNS being one of the more popular choices.

The process for this is very simple and can be done in a few clicks, depending on where you choose to change it. We’ll be using the Windows operating system in each of our examples.

Once the DNS servers have been changed, open a browser and attempt to launch a well-known site like www.google.com. If the site is immediately accessible, then the new DNS is functioning properly. If not, enter one of Google’s IP addresses, 172.217.16.195, directly into your browser and hit Enter.

Wait for the familiar Google logo and search bar to appear. If this also fails, then the problem may lie with the internet and not the DNS server itself. Contact your internet service provider for additional help if this is the case.