What, like I was going to go to GuardianCon for the first time and not write this article? Please. Technically, GuardianCon is no more…. 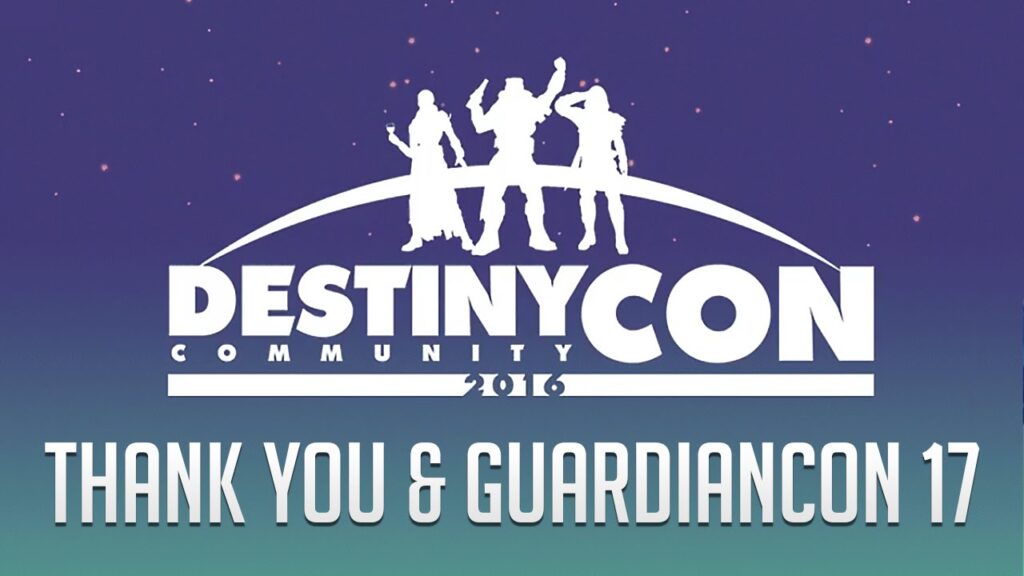 What, like I was going to go to GuardianCon for the first time and not write this article? Please.

Technically, GuardianCon is no more. The closing ceremonies of the show unveiled a grand rebranding to the Gaming Community Expo, keeping the “GC” but expanding it so that it doesn’t sound like a Destiny-specific event anymore, given how many other games are now attending (even if the crowd is and will probably continue to be hugely Destiny-based).

I don’t like going to uh, things, so it took a lot to get me to actually go to GuardianCon finally. I’m glad I did, and if you’re thinking about going too next year as it continues to expand its size and charitable contributions at a frankly preposterous pace, well…

Here are five things I wish I knew before I went to GuardianCon.

1. Stay At The Hotel

GuardianCon was at the Rosen Shingle Creek resort in Orlando and it was frequently described, accurately, as a “cruise ship for nerds on land,” and it’s already been confirmed the event is there next year as well. If you stay at the hotel, you really never have to leave the complex as it has your room, the event, and a network of eating places and shops and coffee spots and everything you could possibly need to avoid going outside in Florida in July. And trust me, that is necessary. It was great to be able to mosey around the complex for literally everything I needed, and you can run into people you know pretty much anywhere since most of them are also staying there. Which leads me to…

Without fail, literally every streamer or YouTuber or developer I ran into or saw other people gathering around was extremely nice to everyone. It is seemingly very weird to just approach someone randomly because you recognize them as a creator, but all these guys and girls are super chill and enjoy talking with fans. You can wait in really long lines to meet some of the most famous faces attending at dedicated booths, or you can just run into them randomly in the complex. Speaking for myself, I can’t tell you how awesome it was to have people come up and say hi and take a photo. Me, the rando contributor who writes way too many Destiny articles. It was surreal but I loved it and made me feel like I could connect my work to actual human beings who like it for once. Everyone here is just internet famous and not some Hollywood star who is going to laugh off your autograph or photo request. Just take your shot, it will land.

3. Spring For The Premium Ticket

I got a premium ticket for the event which got me a shirt and some other things, but it also got me into the Rare Drop Awards show. I didn’t really know what to make of it going in, and was confused when my phone was locked away for the duration. Turns out it’s a giant roast where Goth, Broman, Kevin, DrLupo and others tear into each other for two hours, and if you’re a fan of any of them, it’s absolutely hilarious and a must-attend event and I very much now understand why no one can record it. I….really can’t go into much more detail about it because I ain’t no snitch but yeah, it was worth it.

4. Games Are Cool But Don’t Sleep On Panels

I played uh, zero games at GuardianCon. The lines were really, really long for things like Destiny or Borderlands 3, and I didn’t want to pull my journalist card to sneak ahead because I felt bad. I’m not saying not to wait in the lines, that’s cool if you want to, but I will say that I’m glad I poured most of my convention time into panels. Snaps led a whole bunch of panels about mental health and burnout I could definitely relate to. I watched two Bungie events, one a ride-along with DMG through the Whisper and Zero Hour missions, one a Deej-led panel about what works and doesn’t in D2 in the annual pass era. I saw a live recording of Fireteam Chat, I saw Byf lead a lore panel with a Bungie writer. I watched a very, very entertaining Star Wars panel with Darkness, MisterWoodhouse and GC organizer Kevin that was the nerdiest thing I’ve ever been apart of and I loved it. I can play games any time, but these panels were one-time-only events and I didn’t regret going to any of them.

When I said I don’t go to things often it’s because I just…don’t love crowds. And working from home the last nine years I’m not the most social of butterflies. So it can kind of get exhausting being on a packed show floor or talking to people, and I think its more than okay to dip out and collect yourself rather than stay all the way through. Not to stereotype, but some in the hardcore gaming crowd probably have similar social ticks that make an event like this overwhelming, so I think it’s important to reiterate you can and should take the thing in doses rather than just stay there from open till close. This is also where staying at the hotel comes in handy, as I ducked upstairs for a nap or Stranger Things episode a few times during the show.

So yeah, GuardianCon, Gaming Community Con, whatever they call it, is definitely worth attending if you run in my same game circles and follow the creators and developers I do. It got me out of my comfort zone, and it was awesome to see all my internet friends in real life for a change. Do recommend.