When it comes to Japanese manga comics, it’s difficult to distinguish official English translations from fan-made translations. For that, you… 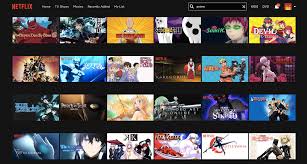 When it comes to Japanese manga comics, it’s difficult to distinguish official English translations from fan-made translations. For that, you need to know the best sites to read manga online for free.

For a long time, manga comics weren’t officially translated into English, nor available digitally. This led to the rise of “scanlations,” where the original Japanese comics were scanned, and then fans translated them in the speech bubbles.

Things have changed for the better since then. There are some brilliant apps to read manga comics online. And you don’t need to rely on these unofficial sites and scanlations either. Here are the best ways to read manga online. All entirely legal.

Learn more about the most legendary manga artists and their famous works and whether or not it’s better to read the manga first or watch the anime first.

In the world of manga, “WSJ” doesn’t stand for Wall Street Journal, it stands for Weekly Shonen Jump. It’s one of the oldest, most popular (and arguably the best) weekly manga magazines available today. And it has a whole new digital avatar you should know about.

Called only “Shonen Jump” in the digital version, you will get three chapters of any ongoing series. As with the classic WSJ, new chapters of several manga (usually over 20) will be delivered every week.

The subscription of $1.99/month unlocks the Shonen Jump vault of over 10,000 chapters across a range of titles. WSJ was the origin of several iconic manga, like Death Note, Naruto and Bleach. It still publishes some classic titles, like Hunter x Hunter, and you’ll discover plenty of new gems. Not sure which manga to start with? Check out these awesome sci-fi manga for geeks.

Shonen Jump has also announced that English translations will be made available at the same time as Japanese chapters. Kadokawa is among the biggest manga publishers in Japan. Fed up with the scanlations, the company launched its own official service to read comics online for free. Yup, completely free.

Not all of Kadokawa’s popular titles are available here, but many are. You can actually use the app without signing up, although registering adds some cool features like creating a library of favorites, and getting notifications when a new issue is published.

ComicWalker is notable for its no-nonsense, no-strings-attached approach. This is the place to go if all you want to do is read manga without any hassles. And since it works from the browser, you can read it from your office too.

3. BookWalker: The Kindle Shop for Manga

BookWalker is a one-stop shop for legal and official digital comics from Japan. Started by Kadokawa, the service now includes all of the popular publishers, including Viz, Kodansha, and Yen. Basically, this is like shopping on the Kindle store.

Download the BookWalker app on your mobile device or go to the website on your PC browser. You can browse by categories, genres, publishers, or authors. Pick what you want, pay the amount, and it’s added to your BookWalker catalog for eternity.

It’s an app made for manga, making it better than a one-size-fits-all app like ComiXology. Plus, a library of those original covers looks pretty neat.

4. Crunchyroll: Netflix for Anime and Manga

Anime and manga often go hand in hand. Now, there are websites to watch anime legally and for free. But how about getting both mediums in the same package? As an overall deal for a Japanophile, Crunchyroll is amazing.

The 5 Best Websites Where You Can Watch Anime Online for FreeThese free anime websites make anime more accessible than ever before, and they’re all completely legal to use.Read More

Apart from several of the major anime series, you get plenty of manga titles too. All for a pretty good deal at $7/month. It’s completely ad-free, and the manga chapters are available as soon as they are published in Japan.

Crunchyroll is among the most widely recommended “all-you-can-eat” services for manga lovers. The collection has some major titles, and as with buffets of this kind, you’ll discover new comics to fall in love with.

There’s a lot more to Crunchyroll than what we’ve mentioned here! Take a deeper dive with this heads-up comparison of Crunchyroll vs. Funimation for streaming anime. ComiXology is now the best source to read digital comics on any platform. And the ComiXology Unlimited subscription service gives you access to a large collection of comics for a one-time flat fee, much like Crunchyroll.

As a one-stop shop for all your manga needs, comiXology is perhaps the best option. It offers both a subscription model, as well as the ability to purchase individual issues that aren’t in the subscription. Plus, since Amazon bought ComiXology, you can rest assured that your subscription isn’t going to die without notice.

So should you get ComiXology Unlimited, or buy individual issues separately? Check the full list of ComiXology Unlimited titles and see if it’s worth $6-per-month to you. And remember, you also get access to a large collection of other comics from DC, Marvel, and so on.

How Do You Read Manga Online?

These websites are the best places to read manga online today. But it’s worth considering how you want to consume your favorite books. Manga is generally black and white, so you don’t need a color screen to get the most out of the artform. This makes the Kindle an ideal device, but the low storage may prove to be a problem.

Speaking of which, we’ve looked at what an ebook is if you’re interested in more electronic reading. 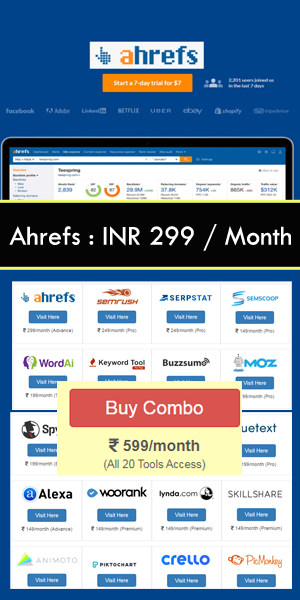