For whatever reason, New Jersey sometimes has a bad reputation. It’s often overshadowed by its neighbors, and it’s not usually on the… 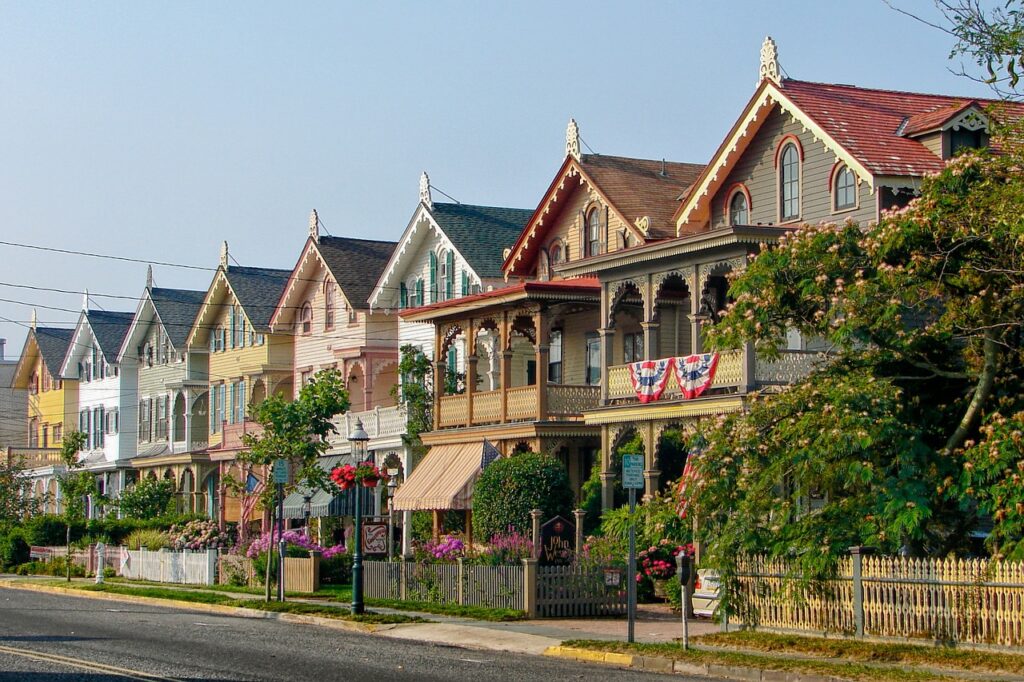 For whatever reason, New Jersey sometimes has a bad reputation. It’s often overshadowed by its neighbors, and it’s not usually on the top of people’s ‘must travel’ lists. But when you take a look at New Jersey, you’ll be pleasantly surprised – it’s got anything any traveler could ever want. Cities, towns, four glorious seasons, excellent food and drink, and endless things to do – if New Jersey isn’t on your travel radar, here are ten reasons to start thinking about adding it.

There Are Actual Good Beaches

Despite what MTV has taught us, there are other beaches in New Jersey besides the Jersey Shore. There are places like Cape May, Ocean Grove, Avalon, and many others. From quaint seaside towns to more glamorous resort towns, New Jersey beaches are diverse and plentiful. The state has 130 miles of Atlantic Ocean coastline, so to think that the Jersey Shore is the only beach experience it has to offer would be a huge mistake.

Autumn Is Everything You Always Imagined It Would Be

When thinking of the most perfect, picturesque town in autumn, you’re probably picturing a small, New Jersey town. New Jersey is the sort of place where the leaves turn gold and red, people go apple picking and spend a day at the pumpkin patch, and you’ll never be too far from a cup of hot cider. New Jersey is a perfect place to experience autumn, with picture perfect towns like Princeton, Lambertville, and Collingswood.

There Are Really Cool Kite And Balloon Festivals

One hot air balloon festival would be reason enough to visit New Jersey, but along with a giant annual balloon festival, NJ is also home to the International Kite Festival. The Wildwoods International Kite Festival is the largest festival of its kind in North America, and the sky is littered with kite makers’ stunning creations. If you are more interested in balloons, the Annual QuickChek’s Festival of Ballooning will celebrate its 35th year in 2017, with a three-day celebration of balloons, games, food, and more.

Despite What You May Think, There Are Waterfalls

Waterfalls may not be your first thought when you think of New Jersey, but why not? The state is full of them – places like Great Falls in Paterson, NJ are absolutely worth a visit. One of the USA’s highest waterfalls, Great Falls is 77 feet high and a National Historic Landmark. There are also hiking trails and viewpoints surrounding them, so it couldn’t be easier to visit.

There Are Stunning Views Of Manhattan

One of the problems of being in Manhattan is that you can’t actually see its iconic skyline. You’re stuck in the madness, and it can be hard to find perspective. But just across the river in places like Jersey City and Hoboken, you can have epic views of Manhattan, all while enjoying the quiet of being outside of it. New Jersey is so close, just a quick train or car ride, making it a perfect destination for when you need to escape.

View of Manhattan from Jersey City © King of Hearts/WikiCommons

It’s Home To Some Music Legends

Just because it’s not New York, Los Angeles, or Nashville doesn’t mean New Jersey can’t have its own music scene, and it’s true that some of the most legendary musicians in history have called NJ home. The town of Hoboken (just across the river from NYC) is practically a shrine to Frank Sinatra, with museums and longtime locals who may have known him. And don’t forget: Bruce Springsteen and Bon Jovi were both born and raised in NJ, and Whitney Houston also called it home.

New Jersey played an integral role in the Revolutionary War, and there are hundreds of historic homes to see. There are also lots of towns set up to experience life as it was lived in the 19th century – places like Allaire Village, Red Mill Museum Village, and Howell Living History Farm (where you can even make ice cream the old-fashioned way) offer tours and interactive experiences.

Maybe you haven’t been to a theme park in years, or maybe you think you’ve grown out of them, but you really can’t be sure before you’ve been to Six Flags Great Adventure. Located in Jackson, New Jersey, Six Flags Great Adventure is the largest theme park on Earth. It was opened in 1974, contains a waterpark, a roller coaster with the ‘tallest and fastest drop in the world’ (it’s tied for the #1 spot with a roller coaster in California), and a new ‘4D’ coaster that opened in 2016. Thrill seekers, look no further.

The Diners Are Legendary

While every state probably has a diner or two, New Jersey has more diners per capita than any other state in the US. It’s been called ‘the diner capital of the world’ – an honorable distinction. Who doesn’t love the thought of cheesy fries, giant pancakes, and omelettes made with a dozen eggs never being more than five miles away? And while there are tons of choices, Summit Diner (the oldest in the state) is an excellent choice.

Overall, There Are Major Changes And Improvements Happening

For years, New Jersey has had a bit of a rough reputation, but recently, action has been initiated to make major improvements. Ashbury Park, for example (in 2000, Bruce Springsteen described it as a town of boarded-up windows and empty streets), was destroyed by Hurricane Sandy but is now being majorly revived. It was named one of the top ten places to travel to in 2016 by Travel and Leisure, and it’s only getting better and better. Similarly, Newark Airport is undergoing a $120 million transformation, hopefully improving it forever.