Had things gone according to plan, I’d be spending this morning dissecting the opening day grosses for Morbius. The next chapter… 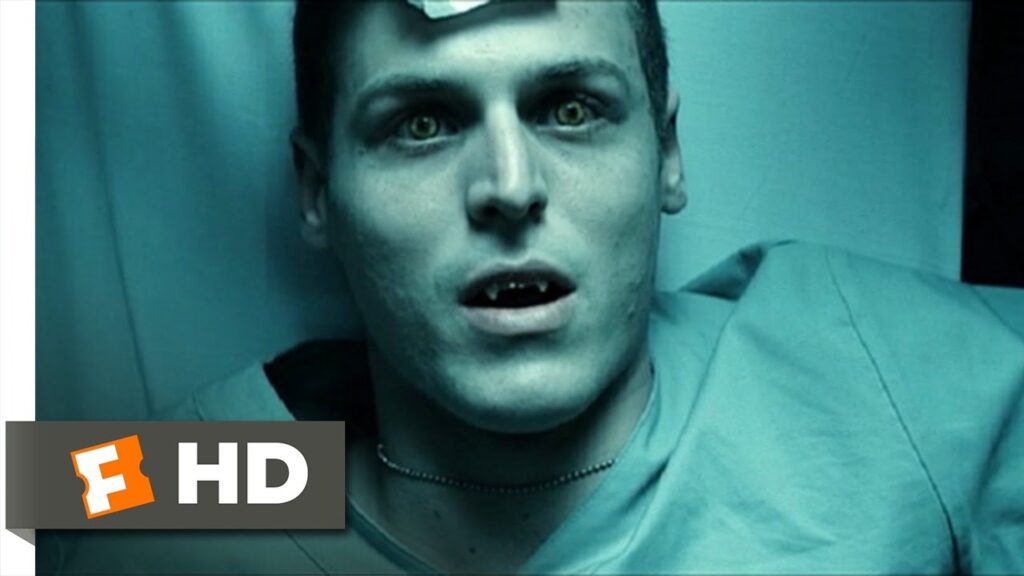 Had things gone according to plan, I’d be spending this morning dissecting the opening day grosses for Morbius. The next chapter of the, uh, Sony Pictures Universe of Marvel Characters” was to star Jared Leto as “the living vampire,” with hopes that it would earn even 1/3 of what Tom Hardy’s Venom grossed ($214 million domestic and $854 million worldwide) in late 2018. But Sony pushed the film back to March 19, 2021, meaning if you want a not-so-scary vampire flick, you’ll have to look elsewhere. To mark the occasion, I’ve rounded up several non-horror vampire movies. That’s not to say they don’t feature their share of blood and/or violence, but they aren’t necessarily conventional “horror movies.” Some are superhero flicks; some are romances and some are weird little comedies. I tried to avoid conventional horror, but yes, I’d also recommend Byzantium, Only Lovers Left Alive and (obviously) Interview with the Vampire. And now, without further ado…

Yes, yes, we all know that Spawn and Blade, not X-Men, are the movies that kicked off the second phase of modern (and present-tense) comic book superhero movies. Blade set the bar in another important way, crafting a Marvel comics adaptation that wasn’t just “Hey, here’s that comic book you like!” but was also “Hey, he’s an action-packed, R-rated martial-arts movie where Wesley Snipes plays a superpowered vampire who kills other vampires.” In other words, it was a very early example of comic book cinema approximating a specific genre while also providing “wanna see” value even for those indifferent to or unaware of the source material. Stylish, violent and frankly exciting as hell, Blade was a comic book superhero movie that was also a top-notch vampire thriller and a star-driven action movie. Guillermo del Toro’s Blade II is even better, but it’s also more of a horror movie, so I’m counting the first one.

$51 million worldwide on a $20 million budget

Available to rent for $1-$4 on all VOD platforms

I’m bending the line in terms of “horror,” but this isn’t a film where unsuspecting humans are attacked by bloodthirsty creatures of the night. Written and directed by the Spierig Brothers, this early-2010 sci-fi flick takes place in a world where most of the population has already turned into vampires, to the point where the bloodsuckers are running out of their primary food source. Ethan Hawke stars as a vampire scientist while Willem Dafoe is a former vampire returned to human status who boasts of a cure that could revert the population back to humanity. Most vampire movies use the condition as a metaphor for one ailment or another, and Daybreakers is a terrific genre flick that’s also a metaphor for the overuse of non-replenishable natural resources. Call it sci-fi, call it horror, I call it the best genre studio release ever offered in that now-standard “first weekend of January” slot.

$474 million worldwide on an $80 million budget

Another example of a bawdy or R-rated filmmaker benefited from restrictions due to making a film aimed at kids, Robert Smigel and Genndy Tartakovsky’s second animated comedy is even better than the first surprisingly good Adam Sandler-and-friends fantasy. The hotel is now open for humans and monsters, and Drac is now a grandpa. But potential trouble looks as Drac’s human-hating dad Vlad (Mel Brooks!) shows up even as the kid has yet to show any monstrous abilities. This joyously animated franchise, like the Madagascar films, cares more about internal conflict and psychological hang ups than with foiling plots or saving the day. All of the usual Sander castmates (Spade, Buscemi, James, etc.) show up and the franchise plays as a knowing inversion on the standard Sandler comedy. Instead of everyone going on a carefree overseas vacation, the movie takes place in a hotel where everyone else is on holiday. This may be Sandler’s best mainstream comedy.

Watch it for free at Pluto TV

Fred Dekker and Shane Black’s PG-13 boys’ adventure story is just scary and violent enough to make the seven-to-ten-year-olds think they got away with something. The flick concerns several boys (and a kid sister) who have to put their monster movie knowledge to the test when their hometown seemingly gets invaded by the genuine article. The kids are fine, but the adults are what makes this movie pop. Duncan Regehr is ahead-of-his-time as “hot Dracula,” while Tom Noonan plays against type as an appropriately sympathetic Frankenstein’s monster. Leonardo Cimino adds gravitas and pathos as a holocaust survivor who aids the kids in battle more mythical monsters, and the whole “end of the world showdown” takes place in the shadow of our hero’s (Andre Gower) parents on the verge of divorcing. The film looked too kid-friendly for cool teens and too but the (better than Goonies) flick has justly earned a cult following.

Watch it for free on Amazon Prime

Putting aside the endless online pontificating, whether its core romance is terribly healthy and/or its value as a film that showed that fantasy franchises aimed at girls and women could bring it top-tier box office, Catherine Hardwicke’s adaptation of Stephen Meyers’ YA romance is still a goofy hoot. The relationship between Bella (Kristen Stewart) and Edward (Robert Pattinson) may not be the second coming of Rose and Jack, but the supporting cast (including a grounded Billy Burke, a flighty Anna Kendrick and a droll Gil Birmingham) is in on the joke, as is Hardwicke and screenwriter Melissa Rosenberg in terms of making self-deprecating changes to the source material and adding pulpy humor whenever possible. It’s not quite as gonzo-bananas as Breaking Dawn part II, but the first Twilight stands out as a genuinely enjoyable vampire fantasy with Hardwicke’s arthouse “mind of a teen girl” sensibility that none of the sequels could touch. Also, vampire baseball is awesome.

With all the Amy Heckerling/Alicia Silverstone talk due to the 25th anniversary of Clueless, I’d heartily recommend checking out this underseen (and arguably underrated) vampire comedy. Heckerling’s original rom-com/women supporting women fantasy is an aggressively bubbly and upbeat comedy about two vampires (Silverstone and Krysten Ritter) who have stayed alive and eternally young sans human blood. Complications ensure when Ritter falls for a college student (Dan Stevens in his English-language feature debut) who happens to be the son of Dr. Helsing (Wallace Shawn). Meanwhile, Silverstone runs into an old flame (Richard Lewis) as the vampires realize that the government may be using post-9/11 security measures to track the undead. The movie is light as a feather, but it works as a warm character comedy with terrific performances (Lewis is surprisingly sweet as a former 60’s radical whose wife is dying of cancer) with a surprising emotional oomph when required. This is a lovely little movie.

$7 million worldwide on a $1.6 million budget

I can’t say to what extent the popularity of FX’s terrific episodic has inspired additional interest in the 2014 same-named feature. This mockumentary is what put Taika Waititi on the map, at least in terms of mainstream Hollywood attention. This gut-busting (and blood-spilling) comedy follows four vampires who live together in Wellington. Beyond that, it pretty much speaks for itself and I have no desire to give away the best jokes. We can debate whether the TV show is better, but A) they are both excellent and B) What We Do In the Shadows is that rare movie that has inspired a TV show that has taken on a life of its own within the pop culture zeitgeist. Think, offhand, M.A.S.H., Buffy the Vampire Slayer, Fargo and Parenthood. If you’ve only seen the show, you owe it to yourself to check out the genuine article. Ditto if you only know Waititi from Thor: Ragnarok and Jojo Rabbit.